I’ve spent most of my life feeling inadequate in my ability to cope with everyday experiences, and feeling the need to make excuses for myself that even I didn’t really believe.  I was only diagnosed with Asperger’s 18 months ago, and so didn’t know that there was a reason why I found things so difficult, I just thought that I was weak, wimpy or lazy.  Other’s people’s attitudes haven’t helped with this, and why would they when nobody knew that my experiences were different to the majority?  Most of the feedback I used to receive was along the lines of, “You’re always ill”, “You need to toughen up”, or the slightly kinder, but still meaning basically the same thing, “You’re a delicate soul, aren’t you.”

Other issues which people find difficult to understand relate to my very narrow tolerance ranges characterised by under- and over-sensitivity to the same sensory modality, and include (but are not limited to):

Tendency to feel cold all the time, combined with intolerance of being hot (which frequently leads to “meltdowns”), and very little comfort or time delay between the two states – I am often hot and cold at the same time.  This makes it very difficult to go on holiday anywhere with a climate different to the south of England, or to go outside during the summer.

Yet the biggest source of distress to me is an increased sensitivity to touch and pain.  As well as a greater-than-average amount of distress and discomfort accompanying injury or illness, I am also much more aware of minor things that others may not notice, including internal sensations from stretch receptors, dropping blood sugar and smooth (involuntary) muscle.  I know as soon as my body is out of alignment, and my chiropractor says I have one of the most sensitive systems he has ever seen.  A surgeon I once saw said that no patient had ever swelled up so much or bruised so badly from his procedure as I did, and I found it weirdly reassuring that even my tissues are sensitive and therefore it could not just all be ‘in my head’.  This bodily self-awareness, combined with a working knowledge of physiology, a keen interest in medicine and talent for spotting patterns in seemingly unrelated events, means that I often have strong instincts about what is wrong and what will help me.  However, this has rarely been taken well or taken seriously by doctors, despite a consistent record of being proven right when the tests have come back.  Unfortunately I have not met many understanding or patient health-care professionals, so when I have, I’ve stuck with them like the proverbial glue.  I’m an anxious patient because I have been lied to (“this won’t hurt”), disbelieved (“that can’t possibly be hurting you”), and patronised (“we normally only do this for children”).

Now that I know the underlying reason for a lot of these issues I feel more empowered to explain to others, and less inclined to blame myself for what are clearly seen by many NTs (neurotypical, or non-autistic individuals) as ‘my shortcomings’.  I am also much better at asking for what I need – honesty, patience, and respect. 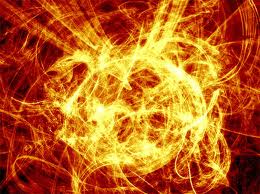 5 Responses to Sensory issues and intolerance for daily living